5 Movies That Will Make You Rethink Your Diet 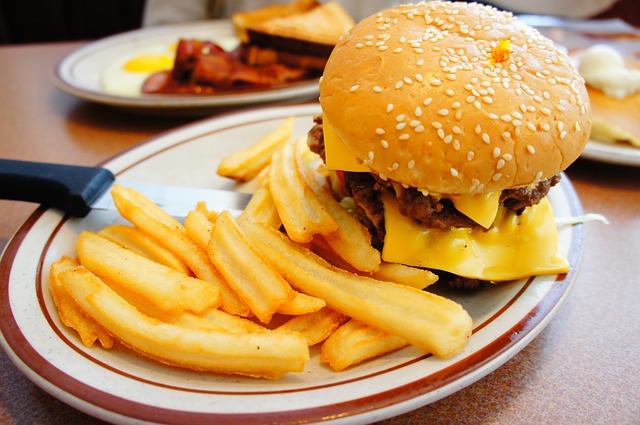 Obesity has become the leading cause of death in the United States.  For the first time in history, children will now live shorter lives than their parents did – because of the high prevalence of obesity in America.

Being overweight or obese is associated with an increased risk of heart disease, type 2 diabetes, skin infections, infertility, and numerous types of cancer.

Diet plays a critical role in obesity, and it’s common knowledge that processed food and fast food aren’t healthy.  Still, many of us often minimize the negative effects of junk food and continue to eat an unhealthy diet.  These five documentaries are truly eye-opening and just might make you rethink your current eating habits.

*Disclaimer: I am not a medical professional and the content of this article is not meant to replace the advice of a doctor. Vegetarians and vegans have an increased risk of developing iron-deficiency anemia, which I have been diagnosed with myself. If you are planning to make changes to your diet, please consult a medical professional.

Fat, Sick, and Nearly Dead focuses on the life of an overweight man with an autoimmune disease.  Concerned for his health, he decided to go on a 60 day juice fast.  At the end of the 60 days, he had lost 100 pounds and had healed his autoimmune disease.  While this film didn’t inspire me to go on a juice fast (I love food!), it did motivate me to start eating a healthier diet. For the first time in history, generations of children in the U.S. will now live shorter lives than their parents did – because of the high prevalence of obesity in America.  Fed Up does not emphasize fast food or lack of exercise.  The film instead takes a different approach and examines the role that sugar (in processed foods) plays in obesity.  It also focuses on the lobbying power of “Big Sugar” in preventing the creation of policies that address this problem.

When I watched this film, I was saddened by how many moms and dads in the film truly believed that they were feeding their children healthy food.  Many of the families lived primarily on processed food, but because the boxes were labeled “low fat”, “fat free”, or “light”, they thought they were making healthy choices.  The film highlights how many of these foods are loaded with sugar.  This is a good reminder to stay away from processed food entirely and to stick with fruit, veggies, and other natural foods.

Forks Over Knives examines the idea that many diseases are entirely preventable, and that processed food, meat, and dairy play a significant role in the development of disease.  In addition, the film also emphasizes the point that protein from meat and calcium from milk are not necessary, as we have been led to believe they are.  Protein and calcium are found in many other foods as well.  This documentary just might inspire you to adopt a whole-food, plant-based diet.

Vegucated follows three former carnivores as they embark on a vegan diet for six weeks.  It’s an interesting and honest look at both the challenges and the positive aspects of adopting a vegan diet.  This is an educational film for anyone who is considering changing from a meat and cheese-heavy diet to a vegetarian or vegan one.

Supersize Me is an older film (from 2004), but it’s worth mentioning.  Rather than adopting a healthy diet like the stars of Vegucated or Fat, Sick, and Nearly Dead; Morgan Spurlock does just the opposite in Supersize Me: he adopts a 30 day McDonald’s-only diet.  At the end of 30 days, he has gained weight, his cholesterol has skyrocketed, he has chronic headaches, and he has developed symptoms of addiction.  We all know fast food isn’t healthy, but many of us often minimize the negative effects of fast food.  This film is an eye-opening and horrifying look at the fast food industry.