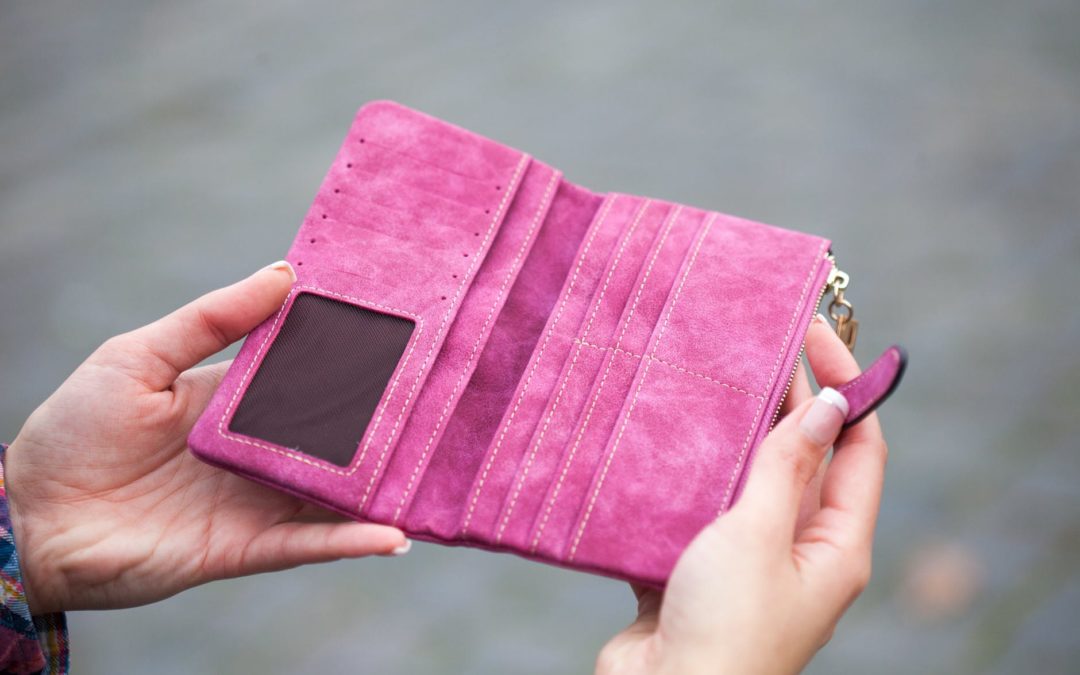 Many of us set New Year’s resolutions about saving money this year, but 80% of resolutions are abandoned by February.  Like it or not, most of the financial choices we make in life are based on habits rather than thoughtful consideration.

Here are some of the most common bad habits that might be keeping you broke!

Not Setting a Budget

Most of the people I know don’t have a written budget.  They might have a “general idea” of how much they want to spend in each category, but they don’t take the time to write down exact numbers.

This might work out alright for super frugal people who never go over budget, but for most people, trying to stick to a vague budget isn’t going to cut it.

Write down your budget, check in regularly, and make adjustments accordingly if needed.  If you find yourself overspending often, try the cash envelope system.

With this system, you set aside a certain amount of cash each month in several envelopes.  One might be labeled “eating out”, another could be “clothes”, and so on.  Once you run out of cash in your “clothes” envelope (for example), you can’t buy any more clothes until next month.

Using this method of budgeting helps you to “feel” the money being taken from you.  When we use cash, we’re less tempted to overspend than we would be if we swiped a credit card and didn’t have to pay the bill until next month.

Need help setting up a budget?  Check out our budget bundle!  The bundle comes with six printable worksheets:

Each worksheet comes with instructions so you have everything you need to guide you through the process.  Make budgeting easy by downloading the bundle today!

Living Above Your Means

The average American household carries over $137,000 in debt.  Why is debt such a massive problem in the US?  Because far too many of us live beyond our means.

We’ve bought into the lie that debt is “normal” and that it’s a necessary part of life.

Live on less than you make, and someday you’ll be able to live like no one else!

Keeping Up With the Joneses

Many of us live beyond our means because we’re trying to keep up with the Joneses, and social media has only worsened this problem.

Who wouldn’t feel like their shitty studio apartment, road trip to Wisconsin, and 20 year old car pale in comparison?

Just remember: there is no point in trying to keep up with the Joneses. No matter how much you have, there will ALWAYS be people who have more than you do…and the Joneses you’re so jealous of might just be drowning in debt.

If you want to improve your finances, it’s time to make spending decisions mindfully.  Instead of buying random stuff because it was on sale, make a plan.  Decide what is a priority and what isn’t.

If it’s not important, don’t buy it just because it’s a “great deal”. Everything is 100% off when you don’t buy it.

Some personal finance bloggers are offended by the notion that “little expenses can sink a big ship”.  They argue that your overpriced apartment rent makes a much bigger dent in your budget than your latte habit.

While it’s true that big expenses matter more, little things can add up quickly if they occur often.

Going to Starbucks once a month may not matter much, but if you spend $10/day at your favorite coffee shop, that’s $300/month.  $300 can make a huge difference if things are already tight financially.

Beware of little expenses you spend money on frequently, such as:

Turning Your Finances Around

Ready to get your finances in order?

Stop relying on bad habits and start living with intention.  Make a plan to set a budget, live below your means, and spend mindfully.

It’ll be difficult at first, but you’ll thank yourself later!