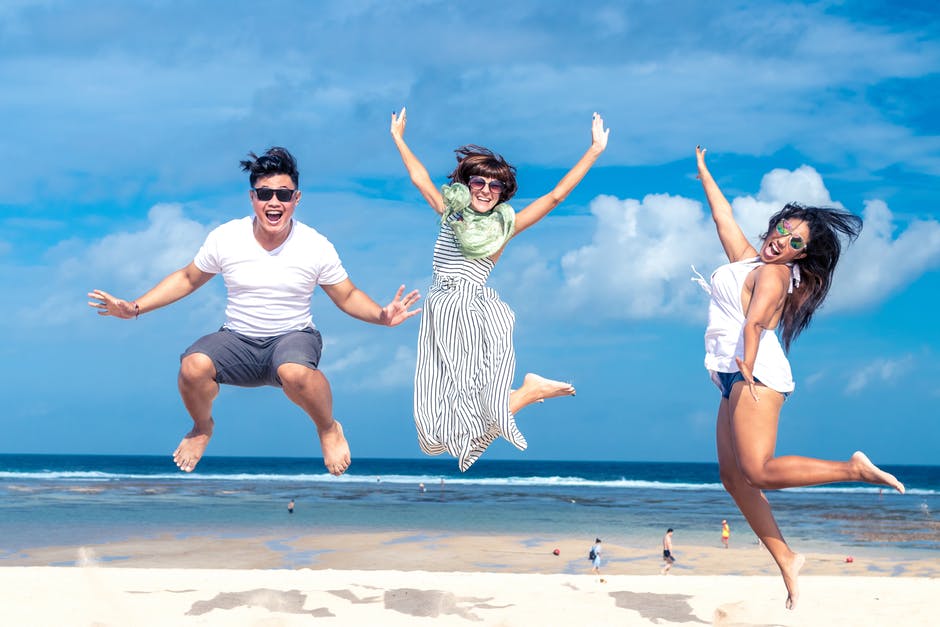 After I finished grad school, I found myself underemployed and buried in $75,000 of student loan debt.  I didn’t know what to do.

I could barely afford the minimum payments on a 10 year repayment plan, but I couldn’t stand the idea of paying off my loans over 25 years (I would have paid six figures in interest alone on a 25 year plan).

I spent some time wallowing in regret and wishing I hadn’t been so naïve when I took out my loans.  I had truly believed that the debt would be worth it because my degrees would help me to secure a high-paying job.

I was in for a rude awakening – my first job after finishing grad school paid so little that nearly 50% of my income was going toward my loans.

I didn’t know what to do, and I confided in a friend about my situation.  She lent me a copy of Dave Ramsey’s The Total Money Makeover.  I was hooked.

For the first time, I realized that debt is not a necessary part of life.  I knew that I could pay my loans off in less than 25 years or even 10 – but I would have to make some sacrifices in order to do it.

My husband and I came up with a plan to pay off our combined total of $117,000 of student loan debt in just three years.

Accomplishing this goal isn’t easy – it requires hard work, sacrifice, and persistence.  Here are eight strategies we are using to pay off our debt as quickly as possible.

My car is what many people would consider “embarrassing”.  It’s rusty; the A/C usually doesn’t work; the windows are always freezing over on the inside; and the car makes plenty of bizarre cranking, squeaking, and rattling noises.

I could take out a car loan and buy a new vehicle.  This would be less “embarrassing” and would give the outside world the impression that I’m “successful”.  I choose not to for the sake of my financial future.

My old car is a symbol of what I’m willing to give up in order to pay off my debt and achieve financial peace.  When you get caught in the comparison trap, it can be hard to say “no” to buying things that everyone else seems to have.

Keep in mind that most people also have debt, but you can live debt-free if you stop trying to “keep up with the Joneses.”

My husband used to drive a goofy looking smart car.

My hubby’s smart car was the butt of many jokes.  As a guy who loves fast cars and used to drive a snazzy supercharged Grand Prix, a smart car was far from his first choice.

We bought it because it was cheap – we were able to buy a used smart car with low mileage for just $4,000. This was the first car we paid for in cash.

Unfortunately, the smart car’s transmission died (and replacing it would’ve been more than $4k), so my husband bought a Mini Cooper. We did use a car loan to buy it, but we paid it off within a few months and hope to never take out another car loan.

I have a three year spending ban.

Some people feel that spending bans are too extreme and prefer to take a more moderate approach to frugality.  That’s cool.  Every situation is different.

With the amount of debt we have, paying it off in three years is only possible if we take an extreme approach.  I am currently on a three year spending ban – I do not spend any money on non-essentials or activities with friends.

This is easier than it sounds – there are plenty of fun things that can be done for free.  My husband is a spender, and a complete spending ban has been challenging for him.

We decided that he does not need to follow a 100% spending ban, but he has still drastically reduced his spending – he cut out his frequent online shopping and his weekly bar outings.

Aside from a couple cheap trips made possible by my in-laws’ timeshare and a short “trip” for a funeral, we haven’t taken any vacations during the past six years.

It’s easy to feel envious of friends who travel the world or go on multiple extravagant vacations every year, but skipping out on traveling enables us to pay off our debt much more quickly.

Once we attain financial freedom, we’ll be able to go on vacations without financial stress – which will make traveling all the more enjoyable.

We avoid other forms of debt.

Aside from our massive student loan debt, we currently have no other forms of debt.  Eventually, we’ll have a (15 year) mortgage, but for now, we prefer to avoid debt.

Our cars are paid off, we have no credit cards, and we rent a room from my parents.

We’ve postponed having a family.

Let me be clear – I am NOT saying that there is anything wrong with having kids while you’re in debt.  Deciding when and whether or not to have kids is a deeply personal decision.

My husband and I have mutually decided that we are not going to consider having kids until our student loans are paid off, we own a home, and we have some money in savings.

We have side hustles.

My husband is a marketing specialist and I’m a payroll administrator.  We are not bringing in six figure incomes, which means that we need to hustle on the side if we want to reach our goal.

My husband takes on freelance graphic design and web design projects, and he also works as an assistant photographer/second shooter for a wedding photographer.

I earn extra income through blogging (via sponsored posts and affiliate income).

We live with my parents.

This is by far the most controversial strategy that we are using to pay off our debt by the end of 2018.  Despite the fact that 1 in 3 millennials live with their parents after college (due primarily to massive student loan debt), there are many negative stereotypes about “boomerang kids”.

Millennial Money Man wrote an awesome post about this called The Truth About Living With Your Parents.

We are incredibly grateful to my parents for allowing us to live with them.  Living with my parents saves us more money than any of the other items above – this is the reason we are able to pay off our massive debt in just three years.

However, please keep in mind that we could choose to blow a big chunk of the money we save on rent – we could use some of it for vacations, fun outings with friends, and new vehicles.

Instead, we are putting every penny toward paying off our debt so that we can knock it out as quickly as possible.  If we weren’t frugal, living with my parents wouldn’t help us that much.

Student loan debt can feel overwhelming, especially if you have a high amount of debt and/or a low income.

You don’t necessarily have to pay your loans off over 10 to 25 years – you may be able to pay them off sooner than you ever thought possible.

These are the strategies that are working for me, but there are plenty of other options out there too.

Your approach might be different – you may not have the option of living with your parents and maybe you don’t like the other strategies I’ve detailed above.

Every situation is different, and each person has a unique set of values and preferences. Maybe you’re a spender, and my extreme spending ban might be too restrictive for you.  You don’t have to do what I do.

Here are some other options that I do not currently employ but that might work well for others:

What are some strategies you’re using to pay off your debt quickly?

Want to earn cash back on groceries just for shopping how you normally would?  Download the FREE Ibotta app and receive a $10 welcome bonus when you start redeeming cash back offers.