Confession: We Spend $600/Month on Groceries – Here’s Why 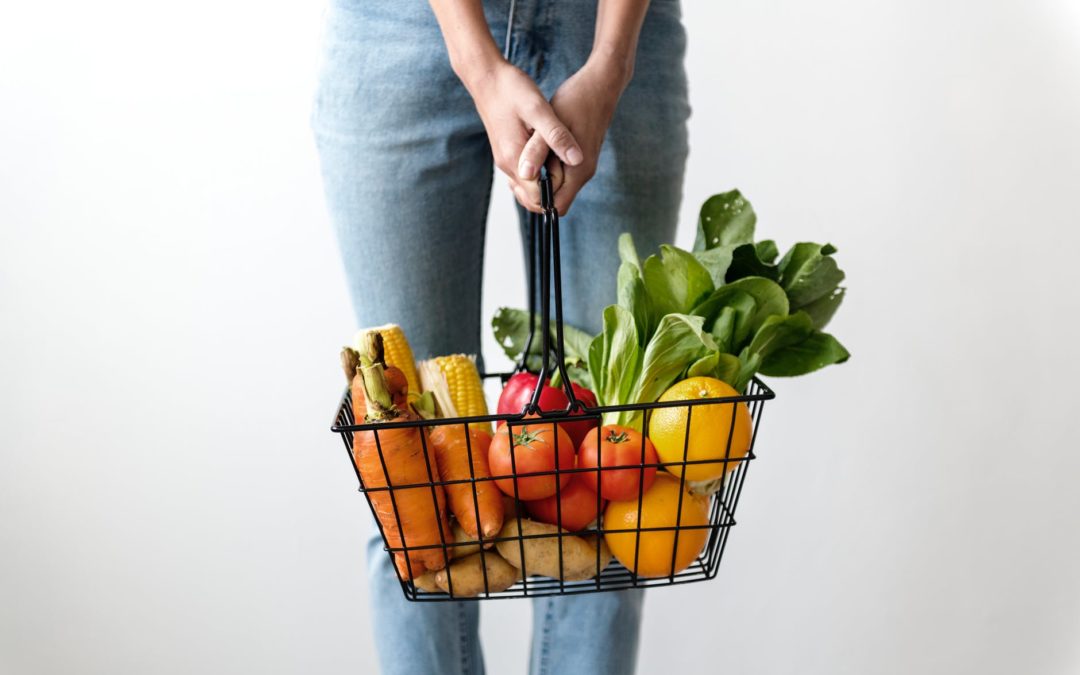 I recently joined the #debtfreecommunity challenge to share our November budget on Instagram.  Our budget is a little odd, so it’s no surprise that we received a lot of confused comments (some more blunt than others).

Surprisingly, we received more comments about our grocery budget than we did about our $150/month rent payment. We spend an estimated $600 per month on groceries for two people.

Many people wanted to know how we could possibly spend $600 per month on groceries and what exactly we’re eating that costs that much.

What is a Normal Grocery Budget?

What’s interesting is that prior to joining the world of personal finance blogging, I didn’t even realize that our grocery spending was that high.  It seemed a little high to me but not crazy high.

To give you some perspective, my parents spend $800/month on groceries for two people ($200/week) and they are far from rich. It always seemed “normal” to me to have a big grocery bill, even for a small family.

So I decided to do a little research.  It’s hard to find an exact answer to the question: “What does the average American couple spend on groceries per month?”

Grocery spending varies quite a bit depending on income, level of frugality, and location.  The general consensus is that groceries should be about 10% of your income.

For my husband and me, our current spending fits with that. Our combined monthly net income is around $6,500, so $600 is a little under 10% of that.  Still, we know there are plenty of frugal families out there spending less on groceries than we do…even though they’re buying for kiddos too.

We also are working on digging ourselves out of a financial mess (we recently paid off $127,000 of debt and now we’re trying to save as much money as possible for our first home), so a more frugal grocery budget would certainly help.

So without further ado, here is a breakdown of exactly what we spent on groceries for an entire month.

We usually shop at two different stores, so I separated the two stores and I split out what I purchased vs. what my husband bought.  Also, any non-food items we purchased at the grocery store are in red text.  If there’s a third chart, that’s because I also stopped at a third store for that week.

Do you want to spend less on groceries?

Download our free meal planning worksheet today. This resource will help you to spend less money, eat healthier, and save time!

We actually bought a little less than usual this week since we planned to eat some of our meals at relatives’ houses over Thanksgiving.  That reduced our spending a little, but a few other things drove up the cost: My husband and I both had colds, so I bought cough drops, kleenex (which I always buy in bulk because it’s cheaper over time), soup, and crackers. I don’t normally buy deli soup because it’s expensive, but I felt like crap and wanted a treat.

We also purchased some non-food items again (laundry detergent and trash bags in bulk).  In addition, I bought some microwaveable meals (even though I’m trying to cut back on those) because my parents’ oven was broken for a few weeks. Our total spending this week was $134.51, which seems to be pretty typical.  One pattern I’m noticing consistently is that we’re buying more non-food items at the grocery store than I realized…which is inflating our grocery budget a little.

It’s good to know that we don’t actually spend $600 per month on food alone…we spend $600 on food and some household items. This was a slightly less expensive week until I made an extra trip to a third store which put us right back at about $130 for the week. The way I see it, there are three key problems with our grocery budget:

Believe it or not, our grocery spending used to be a lot worse.  I used to buy pre-sliced vegetables (for $15) and mixed fruit for $10. Now, I buy whole veggies and slice them myself and I also buy apples and/or bananas instead of berries or mixed fruit.

In addition, I stopped buying certain things that I love (like frozen Amy’s pizza and deli soup) because they’re expensive.

The most expensive items I typically buy are energy bites, soy milk or tofu-based ice cream sandwiches, and protein bars. These are pricey, but I don’t want to give them up.

I have gall stones, which means that every time I eat anything that’s high in fat, I’ll likely spend the entire night lying awake with excruciating abdominal pain and back pain.

Because of this, I hardly ever get to have real “cheat” foods and I stick to a low fat diet. Energy bites, soy milk ice cream sandwiches, and protein bars are the few “treats” I’ve been able to eat without getting sick, so I don’t want to give them up…even though they’re expensive, I feel they’re worth the cost.

I could, however, make more of an effort to find other low fat “treats” that aren’t quite so expensive.

My husband spends too much on deli soups, macaroni and cheese, and cheese/cracker plates. All of these are pre-made items, so of course they’re expensive.

Could he make these items himself for a lower cost? Probably, but I don’t think that’s going to happen anytime soon.

Any other frugal people out there married to spender spouses? ;)

To be fair, I can’t really complain about his grocery spending considering I spend about as much as he does.

I think the one thing we could do at this point that would have the most impact would be learning to cook!  We currently share the world’s smallest kitchen with a bunch of other people, so it’s too frustrating trying to cook right now.

Maybe once we get our own place, we’ll learn to cook…maybe ;)  We both despise cooking, but I really would like to reduce our grocery spending and eat healthier meals instead of frozen dinners loaded with sodium.

I don’t mind eating the same foods over and over, so when I start learning to cook, I’ll probably create a big batch of something on Sundays and eat the leftovers for dinner all week.  This isn’t going to work for my husband though…he hates eating leftovers.

If anyone has any tips for how to get my husband to spend less on his groceries, please let me know :)

In addition to learning to cook, we can also:

Related: Ibotta App Review: How to Earn Cash Back on Everyday Purchases

What do you do to save money on groceries?