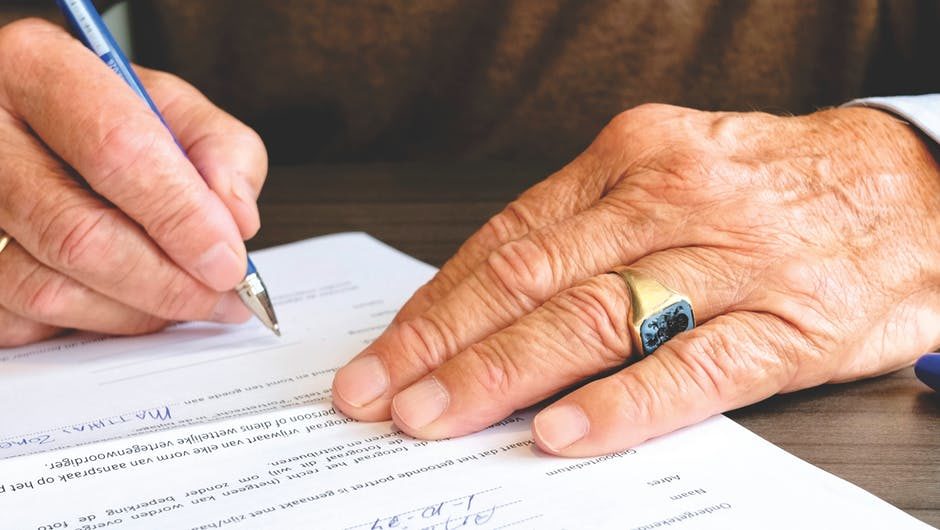 I recently switched dental insurance companies and had to see a new dentist.  The initial intake appointment was overwhelming.  I talked to the dentist for nearly an hour, filled out endless paperwork, watched a video (shown on the TV that was on the ceiling), and was bombarded with all kinds of information about dental health.

Everything seemed to make sense while the dentist was saying it, but maybe I was just nodding along because I wanted to get the hell out of there.  By the time I was sent over to the billing coordinator’s desk and saw the $1,000 estimate for “necessary” dental work, I felt dazed and confused.

I had never in my life had a dental bill over $200.  If I “needed” two fillings, why had the dentist never once mentioned the word “cavity”?  Why did I need an $800 custom mouth guard even though the dentist had seen no evidence that I grind my teeth?

I wasn’t sure how much of the $1,000 bill my insurance would cover, but dental insurance is notoriously awful, so I knew I’d probably end up paying most of it out-of-pocket.  When I refused to sign the paperwork, the billing coordinator seemed irritated.  I found myself wondering how many people agree to pay for services they may not even need.

I then went to a different dentist for a second opinion.  I walked out of this appointment with a $7 bill – that’s right, $7 instead of $1,000!  She said I didn’t need a mouth guard or any fillings – I had a couple of teeth to “keep an eye on” because they are at risk for developing future cavities…but there was no need to get them filled already.

This is why it’s important to avoid signing anything you don’t fully understand.  Instead, do some research on your own and/or get a second opinion.  While it may seem obvious that we shouldn’t sign something that doesn’t make sense, we do this all the time.  Often, we feel we don’t have a choice – we believe the person who tells us it’s necessary.

If you know nothing about cars and your mechanic tells you that your car is going to blow up if you don’t spend $2,000 on repairs, you’ll probably get the car fixed.  You know it could be total BS, but what if isn’t?

This is why getting a second opinion is so important.  You may not know much about cars, chronic pain, or dental work, but you always have the option of getting another opinion.  I highly recommend doing this any time you’re going to spend a significant chunk of change on something you aren’t sure about.

Here are some examples of times when I’ve spent less than I initially expected to because I got a second opinion:

-Instead of spending $1,000 on unnecessary dental work, I spent $7 on prescription toothpaste.

-Instead of paying $2,000 for emergency hospitalization after my dog ate one grape, I spent $300 for a basic ER visit and a chat with poison control.

-Instead of shelling out $900+ on chiropractic adjustments, I spent about $500 on physical therapy appointments (which I believe was much more useful).

That Time When I Signed Something I Didn’t Understand

Unfortunately, I haven’t always made a habit of refusing to sign anything I don’t understand.  Every year when I signed my student loan paperwork, I didn’t fully comprehend what I was signing.  Of course, I understood that loans have to be paid back with interest and that debt is bad, but there was A LOT that I didn’t understand.

I didn’t know what compound interest was or that interest would start compounding while I was still in school.  I didn’t realize that nearly 50% of my monthly student loan payment would go to interest instead of the principal.  I didn’t foresee that I would be paying $816/month after I finished grad school.

If you’re about to sign student loan paperwork, please please please don’t do it if you don’t fully comprehend what you’re signing.  You probably feel like you don’t have a choice, but you do.  There ARE other options, and you don’t have to use student loans just because your parents, your friends, or anyone else is telling you that you have to or that “that’s what everyone does.”

Instead, get some other opinions and think about other paths you could take.  You could live at home (if you have that option), work for a while to save up some money, go to a community college for the first two years, and then transfer to a four year college (and pay cash for it).  It will take you longer to finish your degree, but it’ll be worth it.

The next time you’re about to sign something you don’t understand, wait.  Get a second opinion, do some research, and explore alternatives.