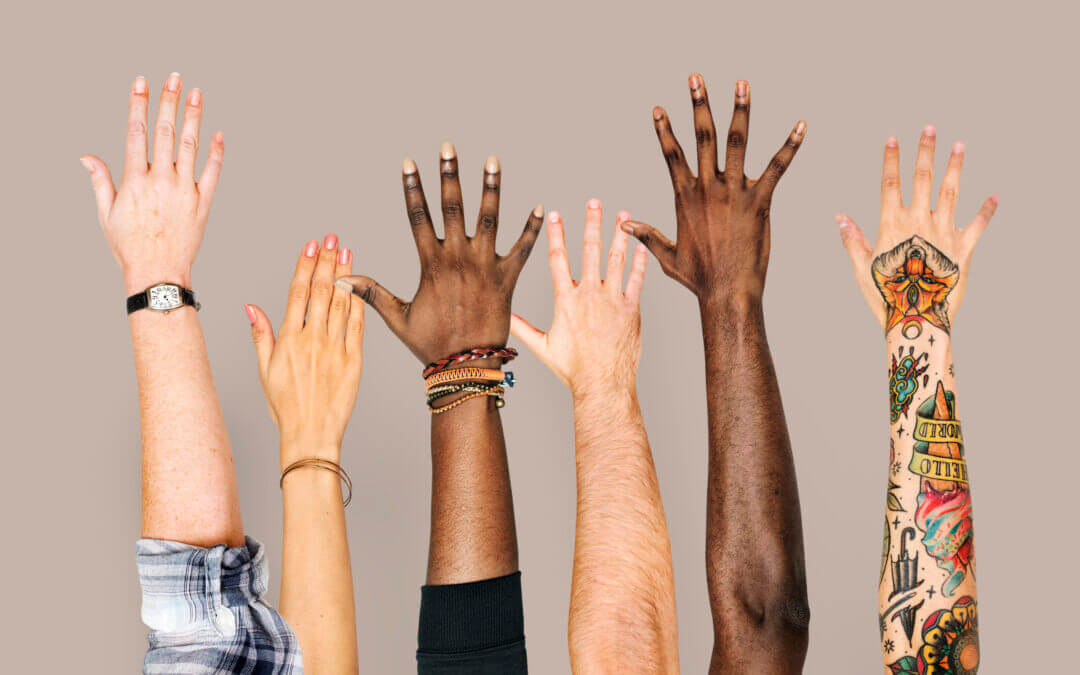 The murder of George Floyd, an unarmed black man, by a white police officer has sparked protests and riots in Minneapolis, across the country, and even around the globe.

While I am deeply saddened by Floyd’s tragic death, I am glad that we are finally having uncomfortable, necessary conversations about race in America.

For many white Americans like me, it’s easier to pretend that racism no longer exists.  This is more comfortable than admitting that racism lives within all of us.

It’s easy to disassociate yourself from your racist uncle or grandma.  You would never say the types of things that they say, right?

You would probably say that you believe all people should be treated equally.

But here’s the thing.  Bias is inherent to human beings.  We make snap judgments about people, based on race and other characteristics, all the time – whether or not we’re even aware of what we’re doing.

Our brains are simply wired this way.  The unconscious part of your brain processes information 200,000 times faster than your conscious brain.  We look for patterns, make associations, and use this information to behave efficiently.

For example, when you approach a red light, you don’t need to think about what it means or what you should do.  You automatically hit the brakes.

Being able to make quick decisions is useful in many scenarios, but when it leads to bias against certain groups of people, it’s a problem.

I have a bachelor’s degree in psychology and a master’s degree in human resources, and one interest of mine is bias in the hiring process.  When we interview people, we have a limited amount of information and we often rely on “gut feelings” (*cringe*) to make hiring decisions.

Research has shown the following biases are common during the hiring process:

Many of us have subconscious ideas about race that we aren’t even aware we hold.  Often, many of these ideas are formed in early childhood and we simply never question them.  We can’t question a belief that we don’t even realize we believe.

We typically think many of our beliefs are just “reality” or “the way it is”.

To quote one article, “Add in a lifetime of stereotypes and assumptions that you’ve read in the media or heard from friends and family or seen portrayed in books and movies, and it’s no wonder that you’ve got unconscious biases. It would be a miracle if you didn’t.”

So… where do we go from here?

The first step to eliminating unconscious biases is awareness, so you’re on the right track.  Here’s what I would recommend doing next:

What It Means to be Anti-Racist

In Ibram X. Kendi’s book, How to be Antiracist, Kendi argues that being “not racist” isn’t enough.  Instead, he says we need to actively uproot racism by being anti-racist – which means questioning the racism that exists in our current policies and systems… and in ourselves.

To be “anti-racist” is to imagine what an anti-racist society would look like and to take steps toward building it.

I will admit that in the past, I wanted to believe that we already have equality and equal opportunity in the US.  But the reality is, if we lived in a society with true equality, we wouldn’t see the racial and gender disparities we still see today.

It’s easy to blame women and minorities for these disparities.

If people don’t want to go to prison, they shouldn’t commit crimes, right?  If women want to pursue executive level positions, why do they sabotage themselves by leaving the workforce when they have babies?  Why don’t they negotiate for higher salaries if they want to make more money?

Personal accountability is important and there is some truth to arguments like these, but they paint an overly simplistic picture.  If we want to create true equality in our society, we need to look at these issues with a broader lens.

We need to ask ourselves how we can help.  What kind of programs or policies can we implement to help children living in poverty to pursue higher education or workforce training?  How can we encourage them to pursue opportunities like these instead of turning to drugs or crime?  What can we do to help addicts get the treatment they need instead of incarcerating them?

What can we do to help women with young children to remain in the workforce (if they choose)?  Can we offer paid parental leave?  What else can we do to promote work-life balance?  How can we ensure that our pay structures are equitable so we can close the pay gap?

These are just a few examples of the many questions we should be asking ourselves if we want to see true equality in our society.

Putting It All Together

To paraphrase Pastor John Gray, I hope that no more black people have to die and no more cities have to burn before things change.

Instead, let’s look within ourselves to identify and root out any beliefs, stereotypes, or negative ideas that we hold (whether consciously or unconsciously) about other racial groups.

Let’s listen to people who think differently than we do.  Let’s open our minds to new ideas, new perspectives, and new ways of thinking.

Let’s be willing to be uncomfortable, to have difficult conversations, and to create change.

In the words of Dr. Martin Luther King Jr., “You don’t have to see the entire staircase.  Just take the first step.”