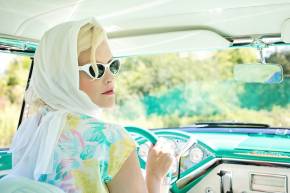 My car recently had a flat tire, and when I went to a mechanic to get the tire replaced, I got some bad news. My 16 year old car had not one, not two, but three separate, major problems that needed to be fixed soon. The shop estimated the repairs would cost $1,600.

As someone who is trying to pay off $117k of student loan debt in just three years, I can’t afford such costly repairs. Luckily, I am married to a wonderful guy who knows a lot more about cars than I do. He managed to negotiate the $1,600 estimate down to just $600. Here’s how to negotiate your mechanic bill and possibly save $1,000 or more.

Bring someone who knows cars.

If I had gone to the shop alone, I could’ve easily ended up agreeing to pay $1,600. I’m not that knowledgeable about cars, and I had no idea what a reasonable cost was for the repairs my car needed. And, of course, it’s hard to say no when you’re told that the problems with your vehicle could be dangerous if you ignore them.

Ask them to show you the problems.

My hubby had the guys at the shop show him all of the problems – to make sure that we weren’t being ripped off and that the problems weren’t being exaggerated. He actually saw the issues and because he is someone who knows cars, he understands why these legitimately are problems and how soon they need to be fixed before it could become problematic.

Ask them to do all repairs at the same time instead of separately.

My car had three separate major problems that all needed to be fixed. The estimate that the shop provided assumed that we would get each repair done separately. My hubby asked if we could have all three repairs done at the same time. All three repairs would require them to take apart the same area of the vehicle, so it’s much easier for them to do that once instead of doing it three times.

Having all three repairs done at the same time knocked quite a bit off the price. This meant I would have to pay for all of the repairs at once, instead of making three separate payments, but it was definitely worth it since I’d be paying a lot less overall.

Ask if you can purchase the parts online instead of through them.

My hubby was able to find the parts online for MUCH cheaper than what the shop charges for them. The one drawback of doing it this way is that the repairs will not be under warranty. Still, it reduces the price a ton. Now we are only paying the shop for labor instead of also paying a ridiculous price for the parts.

What tips do you have for negotiating the cost of car repairs?

The Worst Financial Advice I’ve Ever Been Given
The Appeal of Minimalism
(Frugal) Lessons Learned From a Sprained Ankle
Why You Need an Emergency Fund – Even if You Live With Your Parents
7 Myths About Frugality You Need to Stop Believing
How One Millennial Owns a Home, is Set for Retirement, and Lives Debt-Free