Is it Ever OK to Travel While in Debt? Frugal Musings + Updates 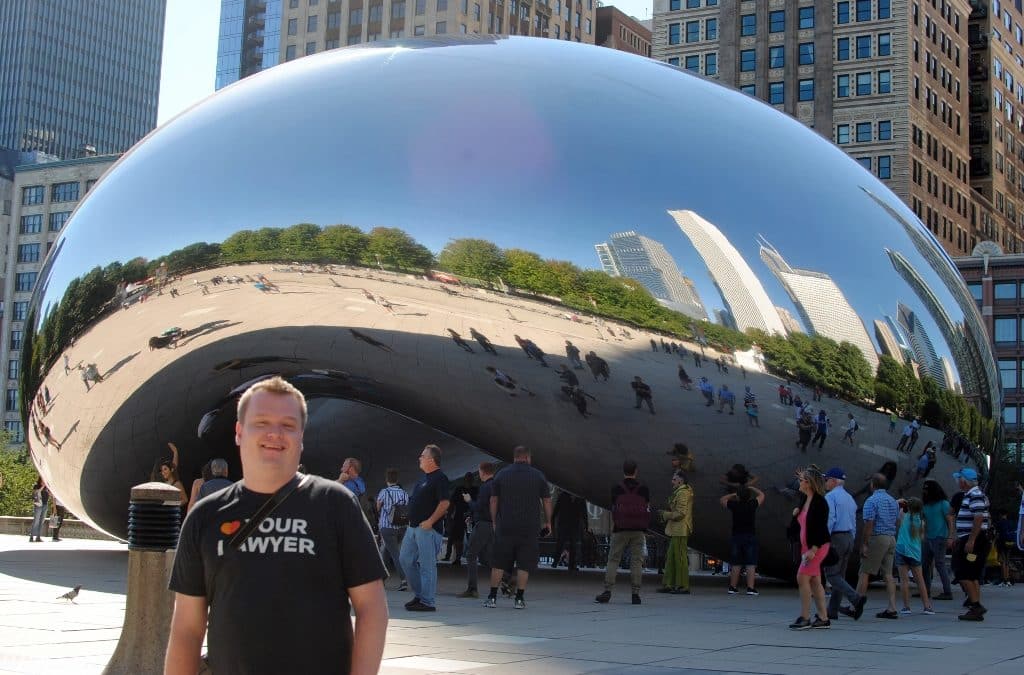 If you’re new around here, I post an update every quarter that shows how we’re doing on our debt snowball and other goals.  This helps to hold us accountable and to keep track of our progress.

We’re getting close to debt freedom and I’m SUPER excited!

Our goal was to put $4,800 extra toward our student loans in July, August, and September…but nothing ever goes exactly as planned. Here’s how we did:

July was zero because we had some large unexpected expenses (my husband’s car needed major repairs and his phone broke so we bought a new one).

Murphy’s law states that anything that can go wrong will go wrong. Unexpected expenses will always come up, so it’s crucial to be prepared. We have a small $1,000 emergency fund while we focus on paying off our debt.

This money is there as a safety net in case you ever lose your job or face a major emergency (like a medical issue or serious car accident).

A “Frugal” Trip to Duluth

Our biggest highlights for third quarter were two road trips – one to Duluth, MN in July and the other to Chicago in September. Duluth is a few hours north of the Twin Cities, MN area and it’s located on beautiful Lake Superior (one of The Great Lakes).

My husband and I found a deal on a quality hotel for $100/night (dirt cheap for Duluth), so we decided to go to Duluth for just one night. I also used Ebates to earn a little cash back on the hotel, so it was even less than $100. (Sign up for Ebates with my link and get a FREE $10 when you spend $25).

Related: Ebates Review: How to Earn Cash Back for Online Shopping

We thought this trip would be extremely inexpensive…less than $100 for the hotel + gas for about 5 hours of driving total. It didn’t seem like much!

Little did we know…

A day before we were supposed to leave for Duluth, my husband’s car started having serious issues. We couldn’t get in to get it fixed before the trip and we certainly didn’t want to end up stranded on our way to Duluth! We couldn’t take my car (it’s 18 years old and has a lot of issues), and my parents’ van was in the shop.

We ended up renting a car which cost about $150. Yikes!

Lesson learned: sometimes a frugal trip becomes more expensive than we expect!  To keep the total cost of the trip from getting too crazy, we decided to keep our entertainment costs low while we were in Duluth. What a beautiful view.

We spent most of our time there just enjoying the beautiful views, walking by the lake, and taking pictures. We went out to dinner once, but we had leftovers for lunch the next day and we brought along snacks so we wouldn’t be tempted to overspend on food.

A Less Frugal Trip to Chicago

I had never been to Illinois before (outside of the Chicago airport), so I was really excited for this trip! First, we spent three nights at a hotel in Dubuque, Iowa. Dubuque is located on the border of Wisconsin, Iowa, and Illinois and it’s situated right on the Mississippi River. The views are gorgeous!

Dubuque is about 20 minutes from Galena, Illinois, a small, historic town. Dubuque and Galena are both pretty, but they’re relatively small…so there isn’t a lot to do. They’re perfect for a weekend trip but I wouldn’t go there for longer than that. The hotels are pretty cheap so that’s a nice perk! We also used Ebates again to earn cash back on the hotel.

After Galena, we drove 3.5 hours to Chicago and stayed there for two nights. This was a spontaneous decision (and it wasn’t super cheap), but I’m glad we did it. There are tons of things to do in Chicago and it was so fun.

It was my first time in Chicago, so I can cross that off my bucket list! We went to The Field Museum, saw the bean at Millennium Park, went to Navy Pier, checked out Chinatown, and I saw Lake Michigan for the first time. My first time seeing the bean!

We were able to get a little taste of what our debt-free life will be like. I can’t wait!

Is It OK to Travel While in Debt?

We don’t normally go on trips since we’re working on paying off massive student loan debt. Generally speaking, my opinion has been that traveling while paying off debt is a bad idea (especially if you have a lot of debt). However, my perspective on that has changed somewhat over time.

Some people say that traveling while in MASSIVE debt is a good idea because it’ll take a long time to pay off that debt. Putting your life on hold and being an extreme cheapskate isn’t too crazy if you can pay off your debt in less than a year.

If you have six figure debt that might take 10 years to pay off, it’ll be hard to sustain extreme frugality for that long. In that case, it might make sense to take a less intense approach to frugality.

Here’s my thought: If you want to travel while in debt (and you’re okay with taking longer to pay off your debt), go for it. On the other hand, if you want to be debt-free in a super crazy short time frame, traveling probably doesn’t make a lot of sense (unless it’s dirt cheap traveling).

If you’re considering traveling while in debt, ask yourself these questions:

Do whatever works best for you and your particular situation. Everyone has their own unique journey!

Popular posts for this quarter:

The Financial Diet and Rockstar Finance shared my post about how to financially plan for a chronic illness on their list of 7 personal finance articles they loved this week.

I was featured as one of five bloggers every woman in her 20’s should follow on Stylight Magazine.

My financial advice for women in their early 20’s was shared on On My Way to Happiness.

Posts I wrote for GOBankingRates:

How is your fall going so far?