The Worst Financial Advice I’ve Ever Been Given 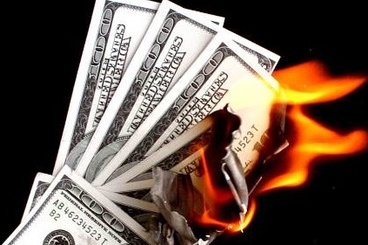 Many millennials don’t know much about personal finance.  High schools and colleges often don’t teach finance, and many millennials instead rely on the advice their parents give them.  That may be valuable if your parents are rich and skilled at managing their money, but many parents aren’t.

We live in a culture that places a high value on material possessions and “keeping up with the Joneses.”  Debt is viewed as a normal part of life – we use debt to finance our homes, our cars, our shopping addictions, and our educations.  We encourage millennials to take out student loans and to buy homes they can’t afford so they won’t be “entitled” brats who live with their parents after college.

One of the best pieces of financial advice that can be offered to millennials is this:  Stop taking advice from broke people.  Stop listening to people who can’t manage their own money.

Here are the six worst pieces of financial advice I’ve ever been given – and what you should do in these situations instead.

Go to college and worry about the student loans later.  Use student loan money to pay for dorms and an apartment.  There is no other option.

My parents dropped out of college and got married, and they both regretted not finishing school.  I knew from a young age that I would go to a university and that I would not make the same mistakes they did.  (Instead, I made different mistakes).  My parents worked part-time at minimum-wage jobs during college and earned enough money to cover all of their tuition.

That isn’t possible today.  I worked part-time consistently throughout college and barely earned enough to pay for food and gas.  I truly believed that student loans were my only option and that I’d be flipping burgers at McDonald’s for the rest of my life if I didn’t finish a four year degree.

Looking back on it, I wish I had completed a two year degree at a community college while living with my parents.  I could’ve worked for a few years, gained relevant work experience, saved money, and then used the money I saved to pay for my four year degree.  A good friend of mine did this, and it’s one of the best decisions she ever made.

My car is 16 years old and it’s starting to require maintenance that isn’t exactly cheap.  Someone, who will remain nameless in case she reads this, recently suggested to me that I “just buy a new car”.  Not a used one either, but a brand new one.  Her reasoning was that a brand new vehicle would require less maintenance than a used one.  There are two problems with this logic.

Firstly, the repairs I am currently paying for are still MUCH cheaper than the cost of buying a new vehicle.  When purchasing a new vehicle, it’s important to remember that car payments are not the only added cost.  The tabs will be more expensive on a newer vehicle.  The parts will also be more expensive when the car needs repairs (and it will – even new cars come with their own set of issues).  There are numerous costs to consider and the repairs on my vehicle have not gotten to the point where they are expensive enough to justify purchasing a new (or used) vehicle.

Secondly, a new car loses nearly half of its value the second it is driven off the lot.  It is a wiser decision to purchase a used car (that will be a much better value) that is in good condition and doesn’t have too many miles on it yet.

I love photography, and I am constantly taking pictures.  My laptop was pretty cheap, and it doesn’t have a ton of space on it.  I recently maxed out an external hard drive that most of my photos are kept on.  When I told someone that I wasn’t sure what I should do, she suggested buying a new computer with more space.  Instead, I took my hubby’s advice and he and I purchased a hard drive with three terabytes of space.  For those who don’t know much about computers (like me), that’s A LOT of space.  The hard drive wasn’t cheap, but it was considerably more affordable than purchasing a new laptop.

If you aren’t sure if you can afford a house, buy one anyway and put anything you can’t afford on a credit card.

Yes, someone really said this to me.  Unfortunately, many millennials do this and it is considered “normal”.  It may seem tempting to buy a house (even though you can’t afford it) because you don’t want to live in an apartment for years and feel like you’re throwing your money in the garbage.  But unexpected issues will come up – they always do.  You may find yourself owing money for car repairs, home repairs, medical expenses, and/or other unforeseen minor disasters.

If you’re living paycheck to paycheck and you have no emergency fund, those expenses will probably end up on a credit card.  This could easily trap you in an endless cycle of debt.  If your student loan payments are high and your income is low, I highly recommend delaying purchasing a home.  It is wiser to live with your parents or find a cheap apartment to rent.  Any extra money that isn’t being spent on a mortgage payment can go toward chipping away at your student loans.

Switch to income-based repayment on your student loans.

When I first started repaying my student loans, I chose a 10 year repayment plan because I didn’t want to pay a fortune in interest with a 25 year income-based plan.  But I struggled to make the payments on the 10 year plan (the minimum payments were 50% of my income at the time) and I began to seriously consider switching to an income-based plan.  I knew it was a bad idea in the long run, but I couldn’t stop thinking about the short-term benefits.  As one person told me, “it would give you the chance to live a ‘normal’ life for someone your age.”

This is very, very bad advice.

Yes, switching to an income-based repayment plan would appear to “help” me.  I could purchase a home that I couldn’t really afford and start a family that I couldn’t actually afford to provide for.  I would have debt hanging over my head for the next 25 years.  I would be 50 years old when I made my final payment.  By that time, I would have children who were getting ready for college.  How could I help them pay for college if I was still making payments on my own?  How could I teach them to make wise financial decisions if I set a terrible example for them?

Instead, I decided to stay on the 10 year repayment plan and to use the “debt snowball” approach to pay off my loans in just three years.  This requires me to live with my parents and to live extremely frugally, but I am saving tens of thousands of dollars in interest by not living beyond my means.

The earlier you start saving the better.  You may think it doesn’t matter and that you’ll just put a larger percentage of your income toward retirement when you do start saving.  For example, let’s say you are considering putting 5% of your income toward retirement for the next five years.  Instead, you decide to wait five years and say you’ll put 10% toward your 401(k) at that point.  The problem with this plan is compound interest.  During those five years, your interest would’ve had time to compound and earn you more money.  The sooner you start saving, the more you will earn in interest.

Millennials are often given terrible financial advice by everyone they know – by their parents, by schools, and by their friends.  Debt is normalized in our society, and many Gen Y-ers are encouraged to take out student loans, mortgages, auto loans, and credit card debt.

If you want to get out of debt, and stay debt-free (and I know you do!), the first step is to start making smarter decisions.

Stop taking advice from people who are broke.

Start listening to people who know how to manage their money.

What is the worst financial advice you’ve ever been given?