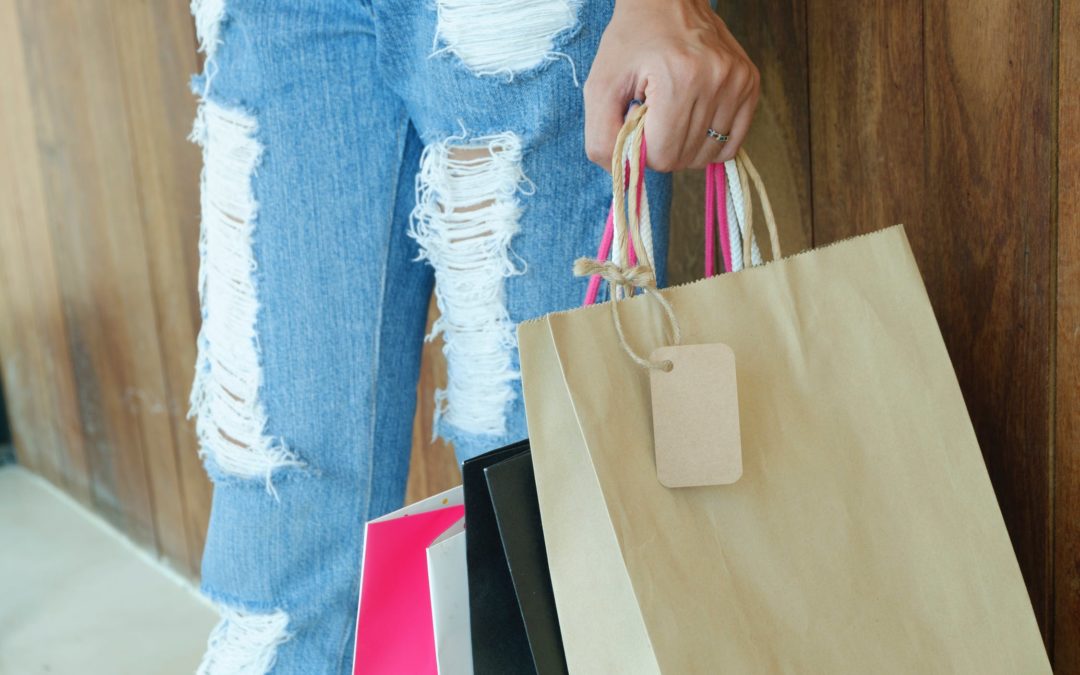 When I tell people I’m on a three year spending ban, they often act like that’s completely insane.  Many people try a spending ban for a week, a weekend, or a month. Doing one for three years is much less conventional.

I chose to do this because my husband and I are working on paying off $127,000 of debt (only $26,000 left to go!), and paying off that much debt in three years is impossible unless we’re extremely frugal.

I can certainly understand why it sounds nuts to some people, but it’s really not as crazy as it sounds… because I don’t stick to the spending ban 100%.  My “spending ban” is more of a general rule that I usually stick to, but I make exceptions occasionally.

I don’t freak out every time I make an exception to my spending ban.   I don’t publish a post on Instagram complaining about how I “screwed up” every time I spend money…because I don’t view it a screw up.

Here are a few reasons why!

Since I usually don’t spend money on non-essentials, I don’t even use a budget.  That’s right…I blog about personal finance, but I don’t actually use a budget.

Once the hubby and I buy a home and our expenses are much higher (and I start spending more money on fun stuff), I’ll definitely be using a budget.

I’m only okay with not using a budget right now because my expenses are extremely low and I usually don’t spend money on non-essentials.  This simplifies things quite a bit.  My “budget” looks something like this:

If I decide to “break” my spending ban to buy one $20 non-essential item one month, it doesn’t make much of a difference.  On the other hand, if I were buying several non-essentials each month, the little things could easily add up and break my budget.

It makes it easier to say “no”.

It can be a little awkward when friends ask you to go out while you’re on a tight budget.  Because of my spending ban, I don’t have to pick and choose which events to spend money on.

My friends know that I’m on a spending ban, and most of them are very supportive about it because they’re frugal themselves or they know what it’s like to have debt.  They only invite me to free events, which works out great.

It reflects my values.

People have said things to me like “isn’t this too extreme?” or “don’t you deserve to have a little fun once in a while?”  I can have fun without spending money, but no, I don’t “deserve” to waste money when I’m buried in debt.

The “but I work hard, so I deserve nice things” trap is what keeps a lot of people in debt.  I don’t want to live that way.  Getting out of debt is more important to me than going out to dinner or buying crap I don’t need.

Once I’m finally debt-free, I’ll be able to treat myself to fun outings and other things…when I can actually afford it.

A three year spending ban may seem crazy to some people (even though I don’t stick to it 100%), but I feel the end result will be worth it.

Once we’re debt-free, we’ll finally be able to buy a home, build savings, adopt another dog, and travel. Those things are worth more to me than spending money on stuff I don’t need.