Why We Need to Cancel “Cancel Culture” 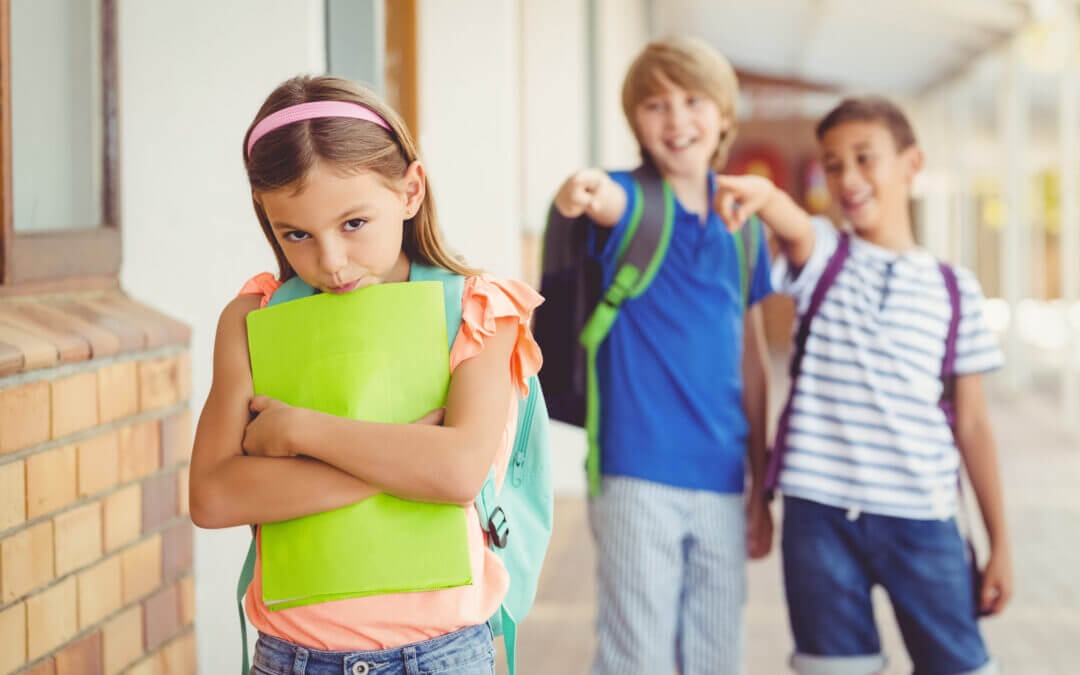 The term “cancel culture” has been buzzing around quite a bit lately.

So what is cancel culture?  Is it even a real thing?

Wikipedia defines this trend as “a form of public shaming in which targets are publicly humiliated on the internet, via social media platforms, or more localized media.”

Many celebrities and other targets of cancel culture are calling for this “toxic” phenomenon to end.

Others have claimed that cancel culture isn’t real…and that it’s simply a way to silence people who call out racism, harassment, or discrimination.

I personally believe that cancel culture is a legitimate problem and that we need to end this trend of shaming people for one or two dumb remarks they made.

I want to be VERY clear.  I am not saying that we shouldn’t hold people accountable for their actions.  Of course we should.

In many situations, it may be appropriate for someone to lose their job or face other negative consequences as a result of their actions.

I would not consider any of the following to be cancel culture:

When I talk about cancel culture, I’m referring specifically to online shaming of anyone who has said or done something dumb.

Of course, it’s not okay to say things that are blatantly discriminatory, but many of the people being “canceled” have not.

Often, the “canceled” person said something that was offensive without even realizing it.

For example, shame researcher Brene Brown once used the term “spirit animal” without realizing that it was offensive to certain groups of people who consider it to be cultural appropriation.  Brene apologized and stopped using the term.

Would it be worth “canceling” someone over a completely unintentional slight?

Other times, the person didn’t even say anything offensive and we simply misunderstood them.  Pastor Robert Madu experienced this when he gave an amazing sermon at Elevation Church.

During his sermon, he mentioned that desperation isn’t always a bad thing because desperate people are aware of their need for God…unlike arrogant people who think they can do everything themselves.

For this reason, Madu said he’d rather preach to a group of desperate people in a basement than to a bunch of stuck up people in the Bahamas.

Can you guess how people responded?  He received many infuriated comments from Bahamians and many of them even tried to ban him from ever preaching in the Bahamas!

How ridiculous is that?!

His point was simply that as amazing as it would be to preach in the Bahamas, he’d rather preach in a basement if the people he was preaching to were receptive to his message.

As a blogger, this is something I can relate to.  The vast majority of people who have left nasty comments on this blog are people who clearly didn’t read the article very thoroughly – and they completely misunderstood my point.

I actually find it amusing because people argue with me and get so angry…even though we actually agree.  They’re simply misunderstanding what I’m saying.

Often, my response is something like “I agree with you – can you tell me where in my post I contradicted that?” 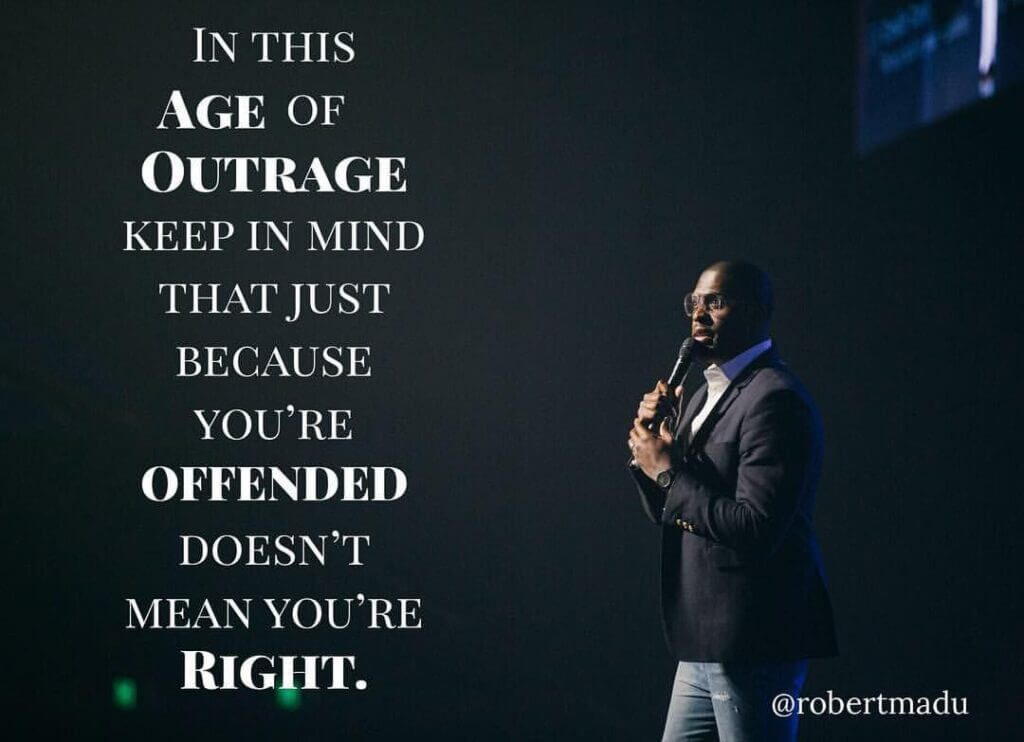 People who are tired of being misunderstood might decide to quit blogging, podcasting (is that a word?), writing, speaking, or preaching.

Many might be reluctant to say anything online for fear of being denounced if they say the “wrong” thing.

Brooke Castillo, host of the Life Coach School Podcast, has stated on more than one occasion that she will not be silenced.

Even though she knows she’ll “get it wrong” a lot of the time and that she’ll inevitably offend someone, she keeps going because she knows she’s helping so many people.

Other people may lack that confidence.

As a result, the world may lose out on their valuable contributions because they’re afraid of being criticized in a culture where it’s all too common for people to say type cruel things like “just kill yourself”.

SHAME IS NOT EFFECTIVE

While I don’t believe that Brene Brown, Brooke Castillo, or Robert Madu “deserve” to be shamed, obviously there are people who say (and do) far worse things.

We absolutely should not condone abuse, harassment, disrespect, or discrimination.  That being said, shaming someone who has engaged in these behaviors is not going to help anyone.

To quote Brene Brown, “shame is not an effective social justice tool.”

Here’s the thing – it does not matter if an abuser “deserves” to feel shame.  If our goal is to change someone’s behavior, what we need to think about is how that person will respond to being shamed.

Brene gave the example on her podcast, Unlocking Us, of a judge she had worked with who used shame as a punishment.  This judge would have an abuser walk around town wearing a sign that said “I’m a wife beater” (or something like that).

Most of us would probably think “well, he deserves it.”  Regardless of whether or not that’s true, Brene posed this question: “would you want to be the partner that person goes home to after that experience?”

Do you think he’s less likely to beat his wife?  Probably not.  He might actually be more likely to beat her simply because he’s feeling ashamed and angry.  He may try to numb his feelings with alcohol, which will only fuel the problem.

It’s important to distinguish between guilt and shame.  Guilt is other-focused; shame is me-focused.  When someone feels guilty, she thinks about how she’s hurt the other person.

She may feel motivated to apologize and to try to change her behavior in the future because she doesn’t want to hurt the other person again.

She still can have compassion and love for herself – she can see that she’s a human and made a mistake, but she’ll try harder in the future to avoid making that same mistake.

When someone feels ashamed, she turns inward.  She focuses on what a piece of garbage she is and how much she hates herself.  She’s not thinking about how the other person feels.

She’s only thinking about her own self-loathing.  Shame is a very uncomfortable emotion, so she may become defensive and angry to try to protect her self-image.

When we “cancel” someone, we’re using shame.  Here’s an example of shaming someone:

(Option A) “I can’t believe you said [or did] that.  What’s wrong with you?  You’re a terrible person.  Just kill yourself.  #Canceled”

If we want to be kind but still hold the person accountable, we could say something like this:

(Option B) “It’s not okay for you to say this.  I know you normally post kind things and I don’t think you meant for this to offend anyone, but this is really not okay.  This is offensive [for xyz reasons].”

How do you think the person would respond to option A?  They would likely become angry and defensive, and they wouldn’t listen to a word you say.

Option B would be much more likely to elicit the response we want.  The person might tell you that they had no idea that the word they used (or whatever they said) was offensive and that they’re sorry.

I’ve heard the argument that cancel culture isn’t real because it’s impossible to actually “cancel” someone, especially if that person is rich and famous.

Yes, no amount of criticism stops Taylor Swift from being one of the most successful musicians in the world.  It’s easy for ordinary people to assume that having a net worth of $360 million makes life perfect, but that’s naïve.

Money doesn’t exempt anyone from depression, low self-esteem, or loneliness.  How many celebrities have committed suicide or overdosed on drugs?

I personally can’t imagine what it would be like to have millions of people hating me and telling me that I’m “canceled”.

WE ALL MAKE MISTAKES

As I’ve said, we need to hold people accountable for their actions.  But we also need to understand that everyone makes mistakes…including us.

It’s easy to look down on other people and say that we’d never do (or say) the thing they did.

But sin is sin, and we are ALL guilty of that.

James 2:10 says “For whosoever shall keep the whole law, and yet offend in one point, he is guilty of all.”

Let me ask you this…how would you feel if the entire world was judging you for the worst thing you ever did?  Or said?  Or thought?

No one is perfect and we ALL screw up.

If we’d like others to extend grace and forgiveness to us, shouldn’t we do the same for them?

To be clear, this does NOT mean that we condone abuse or that we stay in dangerous situations.

It also doesn’t mean that we tolerate disrespectful behavior from someone who has been repeatedly told that their actions are unacceptable.

What it means is that we don’t condemn someone for one or two stupid comments.

Instead, we have a respectful, honest conversation and we give the person another chance…just like we’d like them to do for us.

75 Items You’re Forgetting to Include in Your Budget 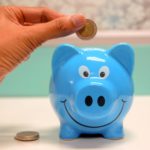 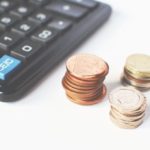 How to Trick Yourself Into Saving Money